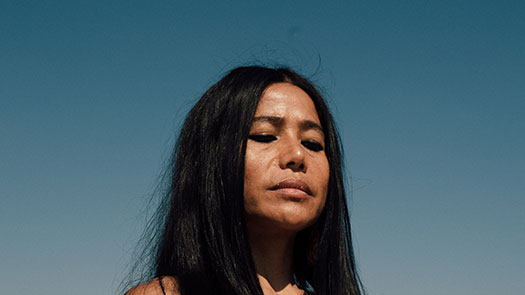 Our mother and the women who fed us rice

Our mother and the women who fed us rice is a homage to Fa & Fon’s own acceptance of their heritage, finally, after having been bought up and influenced in a cultural background that judges Thai immigrants in a certain manner, stereotyping all Thai women immigrants as mail order brides or sex workers.

This project is about the respect the artists feel towards the Thai women who bought them up with traditional Thai teachings and morals against a backdrop of western culture. The work itself is a composition of film and performance installation that embodies the artists’ commerical pop culture reference style yet deeply personal subject matter.

Our mother and the women who fed us rice looks through the eyes of the next generation of Thai female artists at the social issues of how women are fetishised and repressed according to their race, and their struggle of planting roots for themselves in a country they now love and call home but which has yet acknowledge their full worth.

Having not found one artist pathway to conform to, Fa and Fon Watkins experiment across the diverse playground of the creative world. From being born and raised in Thailand and later adjusting to life in suburban middle class England, the sisters have had an insight into two contrasting cultures and are influenced by political and social issues on the subject of race and identity.

Studying design at Central St Martins, Fa and Fon mainly produce a more commercial body of work that embodies modern ideas, aesthetics and concepts, whilst encompassing the importance of traditional Thai values. Along with projecting their own personal trials and trepidations of finding their own identity in their life and work, Fa and Fon fuse their interest in past pivotal moments in the history of their previous home land and that of their current home of Britain.

The twin sisters focus on how race is seen from the viewpoint of asian females. Being the representation of the new generation of Thai female artists, they feel a sense of duty to not only honour their heritage, but also to share their own personal emotional conflicts facing adulthood, presenting it through aesthetically pleasing work, hugely inspired by fashion, pop culture, film and design media.

Image Credit: Film still 'Our mother and the women who fed us rice', Fon and Fa Watkins, Photo Joey Barlow, 2018